In 1860, Lillooet—BC’s Little Nugget—was one of the largest cities west of Chicago, second only to San Francisco. Lillooet’s history is entrenched in the BC Gold Rush of 1860. Lillooet was Mile “0” on the Cariboo Pavillion Road (the first wagon road to be surveyed in BC and the route to the Cariboo gold fields). 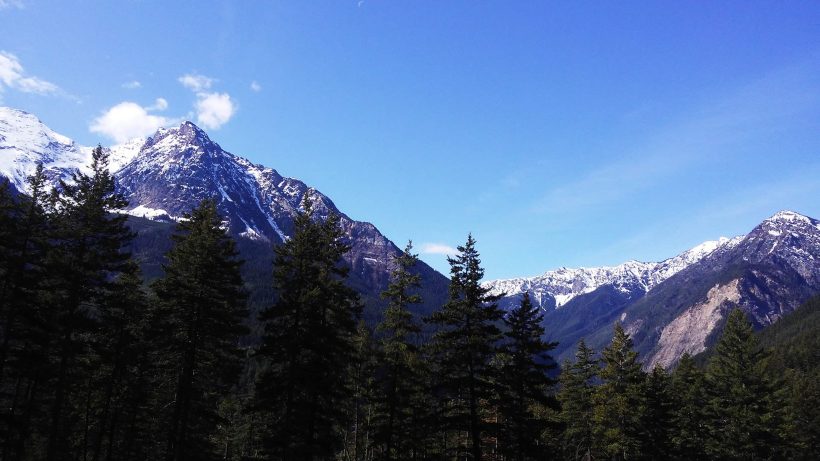 Chinese Rock Pilings (below) – The Gold Rush attracted many people to the area from all around the world. Like many people in the late 1800s and early 1900s, the Chinese arrived in Lillooet in hopes of striking gold. The Chinese prospected for gold on the Fraser River by washing the sand and gravel from the rocks. Once washed and inspected the Chinese would neatly build up a pile of washed rocks on the nearby shore of the mighty river. Sometimes the piles of rocks would be stacked in rows and reach up to 12 feet high.

Hangman’s Tree (below) – In the days of the Gold Rush, the tree was used as a gallows for the administration of justice more than 100 years ago by order of BC’s most famous “hanging judge” – Matthew Bailie Begbie. Eight lawbreakers swung from the tree, and their remains were buried under the Chinese rock pilings. The body of William Armitage (convicted for the murder of a fellow gold seeker Thomas Clegg in 1863) is said to be buried next to “hangman’s tree.” While the accused Armitage was hung in Lillooet, he was not hung from the tree. Today, the tree is no longer standing – age taking its toll. What remains of the tree rests on its side on a bed of river rock. Cayoosh Park is covered with looming ponderosa pine trees, some the direct descendants of the Hangman Tree.

I had four cats - now I have six but still no one to talk to, LOL. So, I write this blog to entertain me, myself, and I... and perhaps you.

got any feedback? Cancel reply

catch up on my recent posts

what I’ve said before